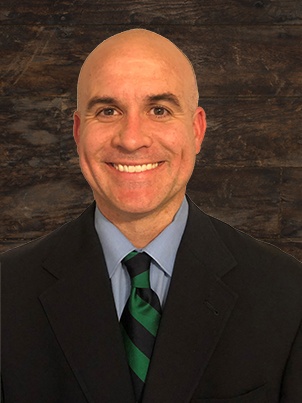 Glen Chattin Moore, known as “Chad” is a native of Winchester, Tennessee.  Chad graduated Franklin County High School in 1993.  Chad’s roots to Tennessee’s legal history run deep as his grandfather, The Honorable Chester C. Chattin, held the title of Justice of the Supreme Court of Tennessee, which is the highest in the State of Tennessee.  Before ascending to the highest level his grandfather served as a Circuit Court Judge, Criminal Appeals Court Judge, Assistant Attorney General, Attorney General.  Judge Chattin attended Cumberland School of Law when it was located at Cumberland College in Lebanon, Tennessee, and was Chad’s primary motivation for choosing a career in law and attending Cumberland in Birmingham.

Chad completed his undergraduate studies at Austin Peay State University where he received his B.S. in Sociology/Psychology.  Keeping with family tradition, Chad then attended Cumberland School of Law at Samford University and graduated in 2001.  After a brief stint as a sole practitioner, Chad worked for the law firm of Russo, White & Keller in Birmingham, Alabama.  His work focused primarily on bankruptcies, criminal defense and dependency matters.  After four years at Russo, White & Keller, Chad was brought on board as Assistant General Counsel at Millennium Risk Managers (MRM), a third party administrator for various workers’ compensation funds in Alabama.  MRM administered the Alabama Municipal Workers’ Compensation Fund (MWCF), which provides workers’ compensation benefits for first responders.  Initially, Chad primarily focused on Medicare compliance, including developing a structured Medicare Set-aside program and Conditional Payment Letter response protocol.  In less than four years, Chad became the Chief General Counsel and Vice President of Litigated Claims for MRM.  He also held the role of Outside General Counsel for the MWCF and Alabama Nursing Home Fund.

Chad was General Counsel for eight years at MRM.  In November, 2019, Chad and his family made the decision to move from Birmingham, Alabama to Tennessee.  Chad began working in Winchester with former Circuit Court Judge Buddy Perry in January, 2020.  In very short order, Chad was sought out and recruited by Andy Davis to join the firm, and he agreed to come on board at Davis, Kessler, Davis.

Chad is a proven asset for Davis, Kessler & Davis.  Chad is a member of the Alabama State Bar, Birmingham Bar Association and the Northern District of Alabama.  Chad was a  member of the Defense Research Institute (DRI) and served on the DRI Workers’ Compensation Committee as the Co-Chair of the Medicare Compliance and Legislative Rulemaking Subcommittee. Chad adds another dimension to Davis, Kessler & Davis allowing the firm to extend their services to Alabama.  With Robbie Davis and Chad Moore both on board, the firm is able to service Georgia, Alabama and Tennessee.

Chad’s practice of law is guided by his devout faith.  Beyond the juris doctorate in law, Chad is also a graduate of New Orleans Baptist Theological Seminary where he received his Masters of Divinity with a focus on Biblical Languages.  Faith, family and law are staples in Chad’s everyday life.  In his spare time, Chad enjoys hiking and camping with his wife and two children, playing pick-up basketball and soccer, snowboarding whenever he is able and rooting for the Titans and Atlanta United.  Chad’s first claim to fame came from when he and one of his best friends made a legendary video titled “Welcome to Winchester” which has generated over 38,000 views and clearly displays their love for Winchester.  If you are familiar with Franklin County then chances are you are familiar with his video.

Chad will be a great asset not only to Davis, Kessler & Davis, but to the community he serves.  He will be able to draw from a vast range of legal experience where he has defended big corporations in large civil suits, but also has a proven track record of using that knowledge to fight for those that are taken advantage of.  Chad can use his experience from the other side to gain the necessary advantages in your case.  Chad has experience in Personal Injury, Criminal Defense, and Family Law.  Make sure to stop in, introduce yourself to Chad, and “bring a friend!” (To fully understand the “bring a friend” take a moment to watch the 2006 video “Welcome to Winchester”)