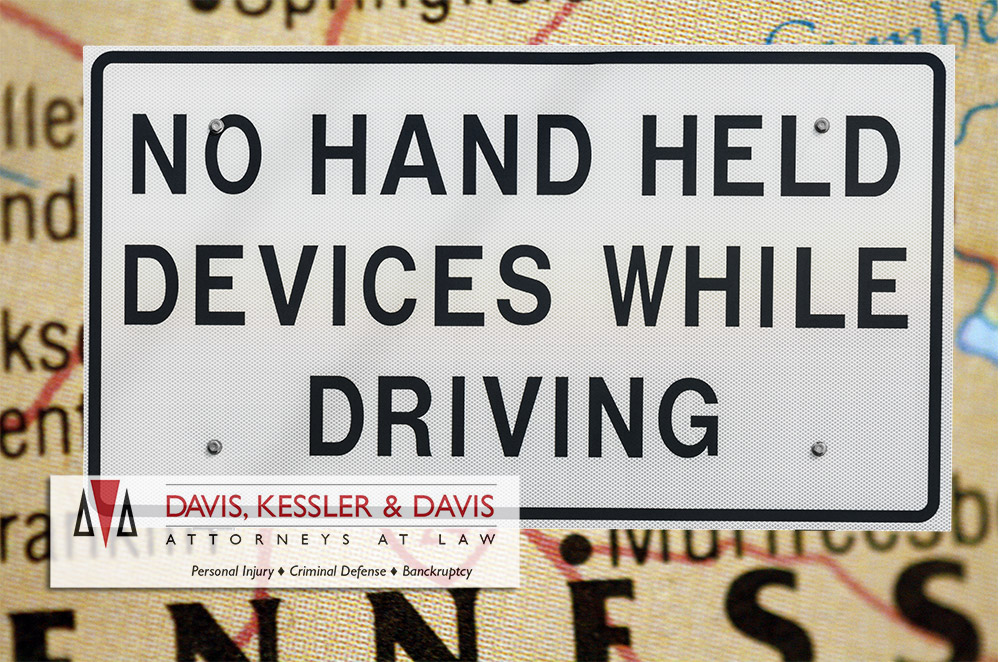 The rate of distracted drivers in Tennessee has steadily increased in the past ten years. In 2009, despite the presence of the law that made texting while driving illegal, the total amount of crashes due to distracted drivers was over 12,500. In 2018, that amount had almost doubled to over 24,600. The Tennessee Legislature has come to realize how big an issue distracted driving really is throughout our state, and they have recently come up with a solution to try to lower the number of distracted driving deaths instead of having them increase even more.

The new law, which will be enacted on July 1, 2019, states that all drivers are banned from physically holding or supporting a cellphone with any part of the driver’s body.

You cannot reach for a cellphone in such a way that you are no longer in a seated driving position or properly restrained by your seatbelt. You cannot watch a video or movie, or record a video or movie while driving. This does not apply to devices that are there for the sole purpose of continuously recording video within or outside the vehicle, such as a dash cam.

While you cannot physically hold a cellphone while driving, you can still physically touch your phone (again, you cannot hold it) if the cellphone is mounted on the windshield, dashboard or center console in a way that does not block your view of the road and with the motion of one (1) swipe or tap you can activate or deactivate a feature or function of your cellphone. Activating the camera, video, or gaming features for viewing, recording, amusement, or other non-navigational functions is prohibited. Streaming music, however, is permitted on your cellphone while driving if it does not have videos playing on the screen and you do not touch the cellphone to activate or program the music while driving.

One exception to the new Hands-Free law is if you are having an emergency while driving, you are permitted to hold your phone to call and communicate with law enforcement or emergency service agencies. Another exception to the new law is for law enforcement officers, campus police officers, EMT’s, paramedics, firefighters, emergency management agency officers, and utility workers who are acting within their official duties.
Another exception is for people who are lawfully stopped or parked in their vehicle, or who lawfully leave standing their vehicle.

Violation of the new Hands-Free law is a Class C misdemeanor. A traffic citation based on this violation is considered a moving traffic violation. The fines for violation include: